Making your voice heard in politics, by Paul Nolan

Getting your voice heard in politics can be tough, especially in a highly networked city like Brussels that lives and breathes policy.   But there are some simple story-telling tactics that can help get you noticed (in a good way).  This post looks at a technique called public narrative and how it can be applied in a European context. 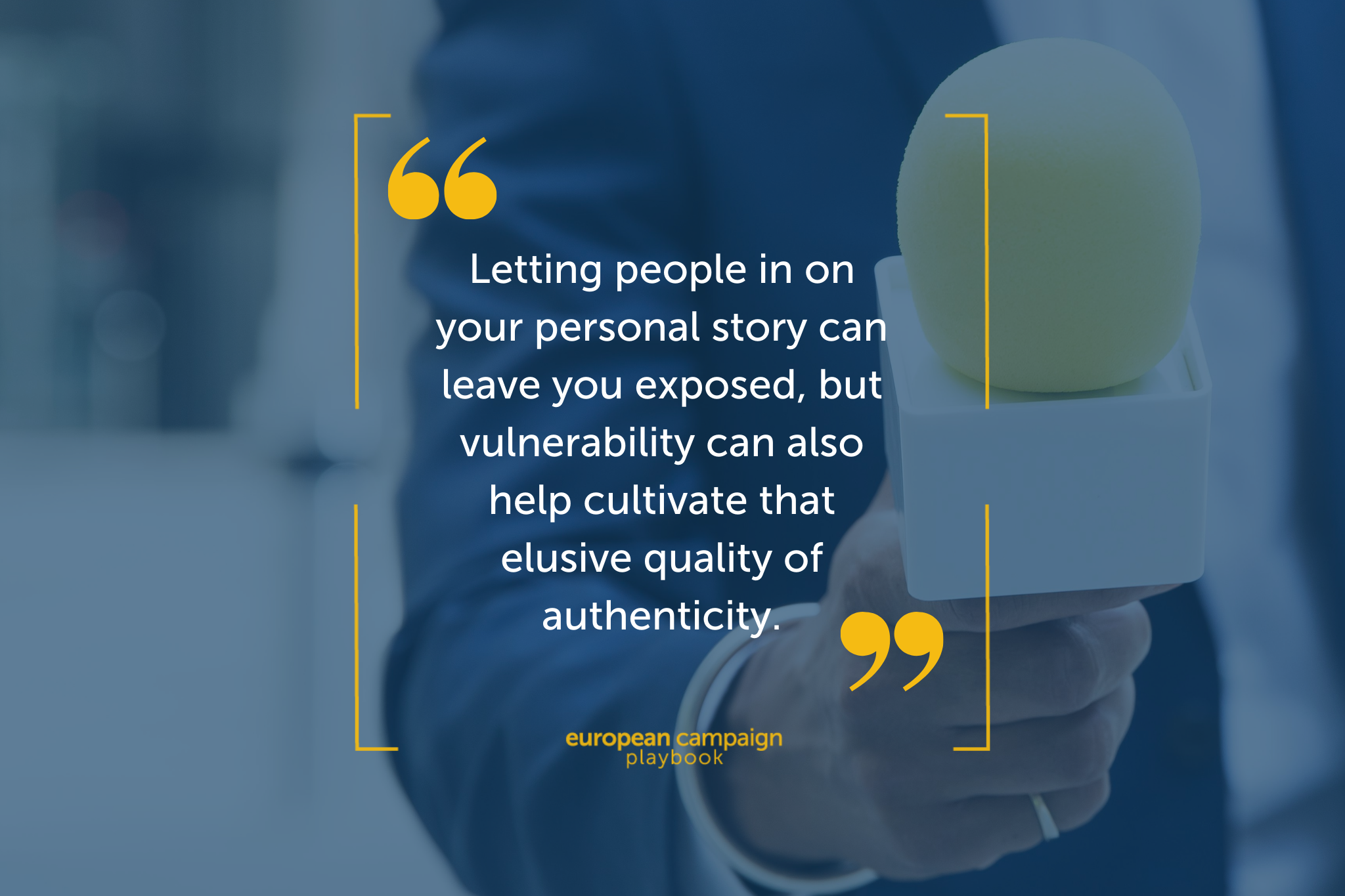 First, what is public narrative and how can it help?  Public narrative is an approach to political storytelling developed by Marshall Ganz of Harvard University.  It's a simple, intuitive technique that can turn a boring political speech into an emotionally engaging one.  Barack Obama mastered it to rise from relative obscurity to the White House. The Sunshine Movement US were coached by Ganz and saw phenomenal results.   I’ve seen it work with my own eyes and for many campaigners, it’s fast becoming a gold standard.  The reason it works is that it fosters that precious resource often absent in politics: trust.

So, what’s the secret and how can it be put into practice?

Crafting your public narrative is about weaving together three elements: ‘Me, We, Now’. These are the three fundamentals of a narrative that connect your personal story with your political journey.  Ganz refers to them as the ‘Story of Self, Story of Us and Story of Now’ in which he states “the goal is to identify sources of your own calling (story of self) to the purpose in which you will call upon others (story of us) to join you in action (story of now)”.

First let’s address the elephant in the room.  What’s the point of telling your story if no-one’s paying attention?  Dull, grey and technocratic; Brussels always gets a bad rap, somewhat unfairly.  As a Brussels watcher, I reckon things are getting more interesting.  Just look at recent speeches by former MEP Magid Magid or the tweets by Reinhard Bütikofer.  There’s a freshness there that connects EU politics to real-life concerns in an authentic way.  Brussels-based journalism is also becoming less dry. Just read anything by Shada Islam, James Kanter on the progressive politics podcast EU Screams or Mehreen Kahn at the FT.  For the EU to shed its reputation as being an elite bubble, it will need a greater variety of voices -  and stories.

Let’s start with the ’me’ element. This can be the most challenging element as it carries an element of risk.  Letting people in on your personal story can leave you exposed, but vulnerability can also help cultivate that elusive quality of authenticity.

The chances are that if you have made a commitment to a cause as a political activist or an established politician, you are also deeply personally invested.  There have probably been times in your life when you’ve faced difficult challenges and reached a decision to choose one path over another.  It's these decisions - personal and political - that have brought you to where you are today.  This is, of course. something you intrinsically know but it may be invisible to others.  But it’s within these moments of ‘challenge’ and ‘choice’ on your personal and political journey that a compelling personal story can emerge.

Ask yourself the following questions:  When did you become aware of your political calling?  Trace it back to your earliest memories.  How did that make you feel?  What did you do to pursue it?  Try to visualize it.  Did you face barriers? Don’t be afraid to dwell on the details such as feelings, fears, tastes and impressions. What was the weather like on that day?  How did that affect your mood?  It may seem trivial but will help the audience to relate to your story.  Remember, it’s not about crafting the perfect script.  It’s about letting the elements of your story emerge as organically as possible.

The next element is the ‘we’ or the ‘us’.  One way we establish an “us” – a shared identity, says Ganz – “is through telling of shared stories, stories through which we can articulate the values we share, as well as the particularities that make us an “us”.  We are all part of multiple ‘’us’s’.  It’s worth reflecting on the inter-connecting communities that you are a part of. Ask yourself with whom do you share a common past? With whom do you share a common future? Are you participating in this community as a result of “fate”, “choice” or both?    What shared stories are likely to bring you together in the future?

You don’t need to have had the same experiences as all of those in your version of ‘us’ but you do need to be clear about the values that motivated you to overcome the challenge you faced. When the ‘us’ can relate to even just a small element or feeling in your story, therein lies your opportunity to convince others to join you.

Once you’ve pieced together the ’me’ and ’we’ of your story, you’ll need to convey why it’s urgent in the present moment. This will be your story of ‘now’.  What will happen if you don’t act?  What are the consequences and for whom? How does this contrast against a hopeful vision of the future?

The ability to move people to act will be the ultimate indicator of success. Is the ask powerful enough to get people to drop what they are doing and pay attention? It was clearly the case for the #FridaysForFuture movement that rallied millions in an effort to overcome the climate crisis. Whilst it took on epic proportions, it started very small.  Remember that if you want people to take action with you, your story must be both plausible, as well as hopeful.  So, whilst joining a hunger strike outside the European Commission to halt the international arms trade may be noble, signing a petition to monitor and control killer robots, for example, may be more realistic but less emotional.

The final step is to string it all together to create your public narrative.  The ‘me, we and now’ are the building blocks of your story that you can adapt and adjust depending on the context and the audience. Some soul-searching is required but it can be transformative on both a personal and political level.

The thing I love about Ganz is how he connects better communications to better leadership.  This isn’t about making the unpalatable, palatable or making shit shine as they say in advertising.  There’s a refreshing integrity and honesty to it in stark contrast to the dark arts of campaigning witnessed of late through the work of Cambridge Analytica or Boris Johnson’s former infamous advisor Dominic Cummings.  I hope it’s an approach that catches on in Brussels.

Getting started on your story

Storytelling cannot be rushed or coerced.  It either flows or it doesn’t but following these simple steps can help.

What Is Public Narrative: Self, Us & Now, Harvard Library

by Pablo Pérez Above all else, creativity is about perspective. A way of looking, thinking, l...