One of the most challenging and even frustrating tasks for a comms professional involves trying to engage people on over-crowded social media platforms, especially when running ads on political and social issues.

In fact, advertising our candidates or issues at the time that matters the most (in the run up to and after elections) will only get more complicated on the big platforms. Just a few days ago, we saw post-election ad bans from Facebook & Google in the US.

So, it is now time to look for alternative platforms that our target audiences consume and that can give us the first-mover advantage.

Let’s look at Twitch: who uses it and three reasons to consider this social media platform. 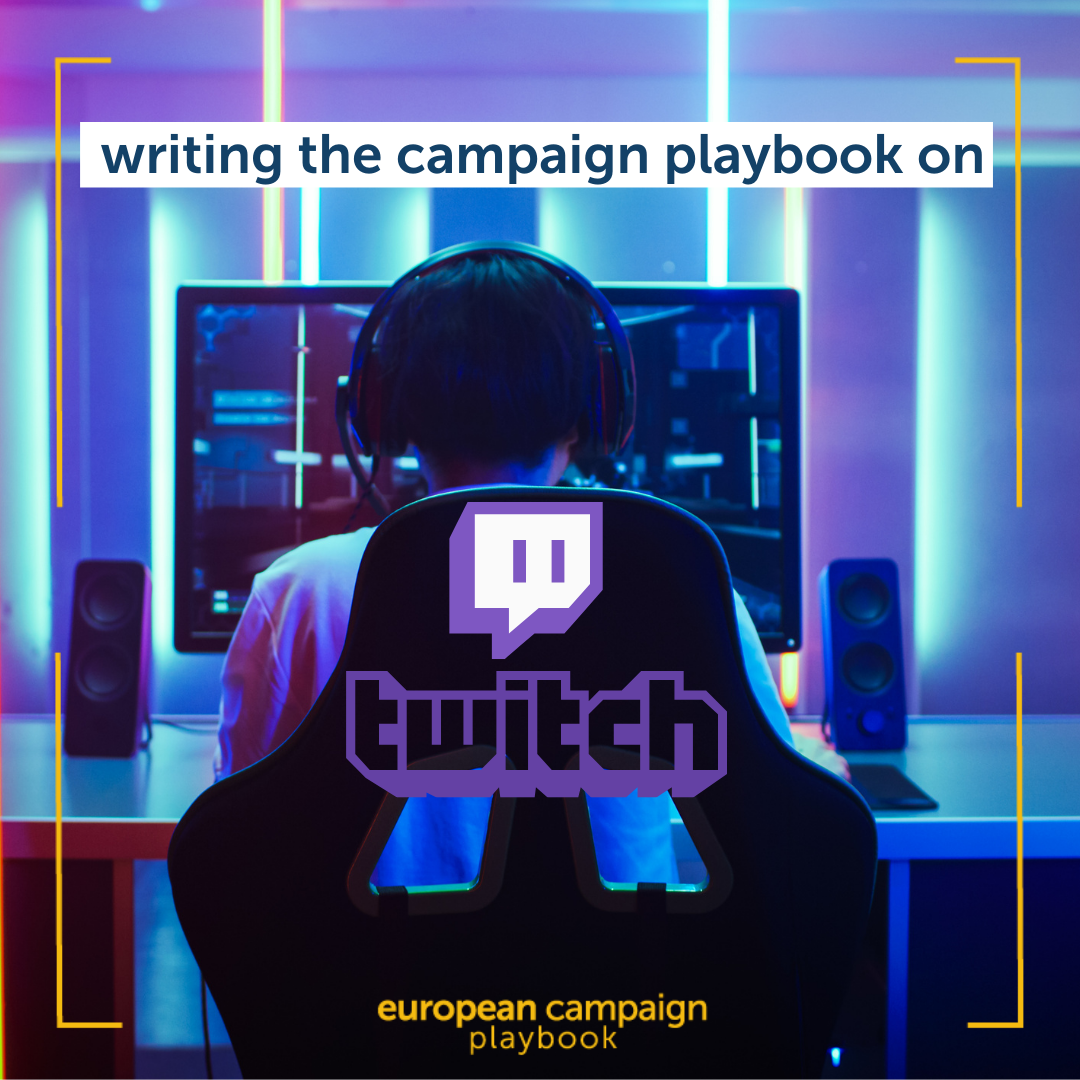 To put it simply, it’s a platform for mostly male, millennial gamers. These are people who would spend their time online watching the so-called Streamers play popular games of all kinds: e-sport, strategy, war games, or even lighter games such as Among Us or Fall Guys. There is also a small number of streamers who talk about topics such as politics or cooking.

People like the user “the Gregf”, a Spanish content creator, who obtained the highest peak of concurrent Twitch views in 2020 (as of March): 533,000 of them. Tfue,  an American streamer and esports player, is one the most followed active Twitch accounts, with 9.5 million followers.

What's really addictive about this platform, and what keeps audiences glued to their screens, is that the Streamers play the game live and engage in real-time conversations with their followers via a chat. These conversations can turn pretty funny and wild, thus creating a FOMO (fear of missing out) phenomenon.

So if Twitch is all about gaming, what is the appeal for political communications?

Three reasons to consider this platform

As our societies go through a second lockdown, and a third lockdown is not completely ruled out next year, individuals will look for alternative, funnier ways to spend their time online. Twitch might be it.

As with everything we do in our daily jobs, the channel through which you deliver your message must not be the starting point. You first need to understand your key audiences, the strengths of your candidate or cause and, only after that, if a channel like Twitch seems like a good fit, just go there and try. So if your candidate is looking to engage with younger audiences and generally likes gaming, then Twitch might be the platform for you. Just make sure it’s not a political broadcast, but it could be a good way to slip in some policy agendas while having some fun too.

Ads should be appropriate for the platform so if you have good examples then share them around as we would love to see them and hear about your experiences on the platform!

Sam & Sebastian, from the campaignplaybook.eu

by Pablo Pérez Above all else, creativity is about perspective. A way of looking, thinking, l...